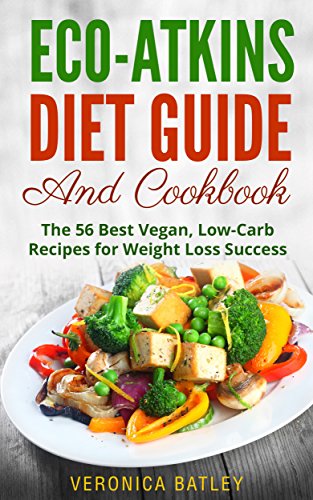 The Eco-Atkins Diet is a weight loss strategy that was developed to provide vegetarians and vegans with an option that is meant to work as an alternative to the Atkins Diet. Like the meat-focused Atkins Diet, Eco-Atkins is also centered around a low carb, high protein eating strategy.

This vegetarian version of the Atkins Diet was first developed by researchers in Toronto, Canada, at St. Michael’s Hospital. Their goal had been to see whether or not a high protein vegetarian diet could bring about a reduction of both body weight and bad (LDL) cholesterol.

The research team came up with the Eco-Atkins Diet in order to respect the same protein to carb ratio as the original diet, while replacing the animal protein – which was high in fat – with a vegetable protein that is typically lower in fat. This protein was mainly in the form of gluten and soy.

What the Research Said

The results of the study were published in the Archives of Internal Medicine, when it found that the diet brought about an average of 8.8 pounds in the first four weeks, improved blood pressure, triglyceride and cholesterol levels. Bad cholesterol improved by 0.6 percent, which was significant, particularly for that amount of time.

The Eco-Atkins Diet requires dieters to eat foods that are made up mostly of protein, healthy fats and carbs from high fiber vegetables. Around 30 percent of the daily calorie intake comes from plant proteins, about 45 percent comes from vegetable oils, and another 25 percent from carbohydrates. Foods most commonly consumed on this diet include healthy fats, beans, soy foods, seeds, nuts, fruits, no-starch gluten products, vegetables and fruits.

As meat is excluded from Eco-Atkins, protein sources are typically soy beverages, gluten, soy burgers, tofu, and vegetarian alternative versions such as breakfast links, bacon and deli slices. Other sources include nuts, certain cereals and vegetables. There is an emphasis placed on certain vegetables over others, with a preference for viscous veggies such as eggplant, okra and other low starch options.

Fats Preferred for the Eco-Atkins Diet

The good fats preferred in this diet include olive oil, canola oil, nuts and avocado. Carbs are meant to come exclusively from cereals, vegetables and fruits. A small amount of barley and oats are permitted. However, enriched white flour based foods and sugary foods were banned, such as white rice, white bread, potatoes, and the majority of baked products such as cakes, muffins and cookies.

Despite the fact that following Eco Atkins Diet strategies does help some dieters to improve their overall nutrition, the improvements in this and in weight loss were not all that much better than other nutritionally balanced weight loss diet plans. It is primarily the cholesterol improving benefits of this diet that makes it stand out from other balanced vegan or vegetarian diets.

Which Atkins Version is Better?

A former president of the American Heart Association, University of Denver professor Robert Eckel, MD, calls both the Eco-Atkins Diet and the Atkins Diet too restrictive for the majority of people to continue following over the long term. That said, between the two, it was the vegan and vegetarian version that was labeled as better by Dr. Eckel.

Still, whether or not the Eco-Atkins Diet is for you isn’t just a matter of whether or not it is better than the original eating strategy.  There are many factors to consider as you decide if you should give this method a try.  It is a very restrictive diet and would be even tougher for someone who is not already used to a vegetarian lifestyle.

For many people, that means that the change will be only temporary as most people find it challenging to keep up a highly restrictive lifestyle change over the long term.  This risks not only dropping this healthy lifestyle but also returning to an old one that caused the weight to be gained in the first place.  Also, after feeling as though a diet such as this one has failed, it can be more difficult to start a new strategy.  The disappointment and feeling of failure can become a barrier instead of a motivation.

Beyond that, the Eco-Atkins Diet can also prove challenging to individuals who don’t have a great deal of experience in nutrition and eating a balanced diet without any meat.  This can cause a spectrum of potential nutrition problems and related symptoms.