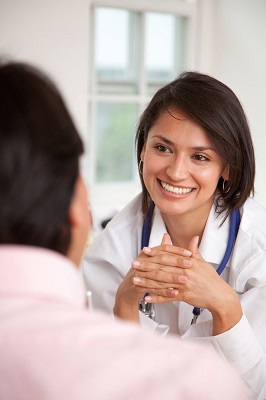 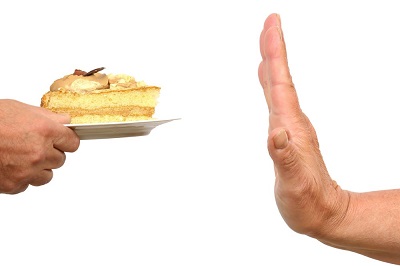 I F weight loss has become a tremendously popular over the last handful of years.  In fact, it has become one of the trendiest eating strategies. That said, there have been dozens – if not hundreds – of highly popular fads and strategies in the name of shedding extra pounds. Popularity can’t be the top test of whether or not something is appropriate for you.  Therefore, it’s a good idea to take a much closer look at what it’s all about and whether or not it has the potential to be safe and effective for you.

Let’s look more closely at what an I F weight loss diet is all about.

What is an I F Weight Loss Diet?

An I F weight loss diet stands for intermittent fasting.  This means that it alternates between periods of eating normally and brief periods in which no food or calorie-containing beverages are consumed. This isn’t a single type of program.  Instead, it is a way of eating that can be interpreted in many different ways.

There are lots of different types of I F weight loss diet programs.  While some restrict hours of the day, others restrict days of the week.  Some are more extreme, requiring several consecutive days of eating very little or nothing at all.  Typically speaking, those are not considered to be the main form of intermittent fasting strategy.

Which Types of Intermittent Fasting Are Most Popular?

There are a handful of I F weight loss diet that are popular at the moment.  The majority involve eating food only during a limited window of the day.  Often, it requires a ratio of something similar to 16 hours of fasting and 8 hours in which eating is permitted per day.  That said, others are more or less restrictive than that ratio.

Moreover, while some I F weight loss diets allow you to eat virtually anything during your permitted window of time, others require you to stick to a certain calorie limit, macronutrient ratio or other types of eating restriction.

Some people find this method very helpful and can lose weight efficiently when using it.  It is important to point out that it is not safe for everyone.  Many very common medical conditions can make this type of eating strategy inappropriate and unsafe. Therefore, it’s extremely wise to speak with your doctor before assuming that I F weight loss is right for you.

The MIND Diet is a combination of two proven and popular diets: Mediterranean Diet and DASH.  It was designed to focus specifically on the foods from those eating strategies that are known to support brain health. Initial research into this form of dieting suggests that it could have the potential to support brain wellness and reduce the risk of mental decline.

As there have yet to be any methods of fully preventing or reversing dementia or Alzheimer’s, the hope is to be able to use MIND Diet strategies to make as big of a difference based on lifestyle as possible.

Does the MIND Diet Work?

The idea behind the MIND Diet is to eat foods such as nuts, berries, and leafy greens to reduce a person’s risk of developing a progressive brain disorder. The letters in the name of this eating strategy stand for Mediterranean-DASH Intervention for Neurodegenerative Delay.  It was first developed by Rush University Medical Center nutritional epidemiologist Martha Clare Morris.

The development of the MIND Diet was funded by the National Institute on Aging.  The first published version of this eating strategy was in February 2015. The research determined that eating in this way decreased the risk of Alzheimer’s development by about 35 percent among people who followed it moderately well.  That said, among those who followed it quite rigorously, there as a 53 percent drop in Alzheimer’s risk.

More research is needed to know precisely what long-term impact following the MIND Diet can have.  Still, the same research team has done more study into this eating plan and has found that its impact on preventing cognitive decline is better than both the DASH and Mediterranean Diets on their own.

Not a Dieting Plan Specifically for Weight Loss

Though the MIND Diet is considered to be very healthy, it is not necessarily a plan for weight reduction.  That said, many people who have followed this eating program have found that their weight has been easier to manage. Its focus on whole grains, vegetables – particularly dark green ones – nuts, beans, lean proteins, healthy fats such as olive oil, and other nutrient dense foods helps to avoid empty calories and foods that are less satisfying. In fact, it recommends avoiding highly sugary and processed fatty foods.

Before switching to the MIND Diet, it’s a good idea to speak with your doctor. This can help you to know that it will be appropriate for you and will assist you in finding the right guidance to follow to do it properly, particularly at the start as you familiarize yourself with it.

This eating plan has undergone a number of different studies of different natures, sizes and purposes and many have brought about positive results.

What is the Mediterranean Diet?

The Mediterranean Diet combines well balanced nutrition with the traditional food preparation methods used in the Mediterranean region.  These flavors have been used as a part of that culture for a long time, but interest in it as a healthy lifestyle started in the 1960s.

At that time, researchers observed that people living in the Mediterranean regions of Italy and Greece had a lower prevalence of coronary heart disease and that it caused fewer deaths than was the case in northern Europe and the United States. Studies into the regions have shown that the traditional way of eating is indeed linked with a reduced risk of factors associated with cardiovascular disease.

As a result of the research into the Mediterranean Diet, it has become one of the healthy eating plans the Dietary Guidelines for Americans recommends for the prevention of chronic illness and the promotion of overall health.

What’s Involved in the Mediterranean Diet?

To follow the Mediterranean Diet, you will need to eat in a way similar to the traditional cuisines of peoples traditionally living along the Mediterranean Sea.  This means that there isn’t a specific strict way of eating.  After all, this diet is made up of meals eaten by people from multiple countries over time.  People don’t naturally choose only a small number of very specific dishes.

Instead, it is more of a style of eating.  The traditional Mediterranean Diet is typically high in fruits and vegetables, nuts and seeds, whole grains, beans, and olive oil.

The primary parts of this type of eating strategy include:

Other additional factors often valued as a part of the Mediterranean Diet are enjoying one glass of red wine on occasion, remaining physically active, and eating meals with friends and family. 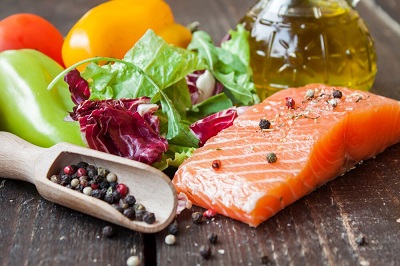 The Nordic Diet is an eating strategy based on the traditional way of eating from Iceland, Finland, Norway, Denmark, Sweden and Greenland. Just like the Mediterranean Diet, which is also based on the traditional foods in a specific part of the world, it was not developed with weight loss in mind.  Instead, it is meant to be healthy, balanced and delicious and can result in weight loss by correcting certain nutritional issues such as overeating or consuming too many processed foods.

What Do You Eat on the Nordic Diet?

When you’re following the Nordic Diet, you’ll be using the following guidelines to help you make the right choices:

Losing Weight with the Nordic Diet

As people start using this eating strategy, they will often lose weight.  This is particularly true when it comes to the fat they carry around their middle.  This is good news not only because many people want to lose the weight around their waists the most. That said, it is also a great place to lose weight when it comes to your health.  The middle is one of the most dangerous places to carry extra fat stores, and one of the most beneficial places to lose it.

Risk factors for heart disease include high blood pressure, glucose, unhealthy cholesterol levels, and insulin levels that aren’t ideal.  These are all areas improved by the Nordic Diet among many people. Scientists believe that both weight loss and eating these types of food will help to support heart health and improve heart disease risk factors.

Among the Nordic Diet’s primary goals is eco-friendliness. Therefore, though it’s healthful to eat more plant-based foods than animal-based ones, it’s also great for the planet.  Moreover, since this diet encourages us to eat more local and in-season foods, it reduces the distance ingredients need to travel and, therefore, the carbon footprint your diet leaves behind. Equally, foods picked when they’re ripe and consumed close to the time they were picked, they provide higher nutrient levels.